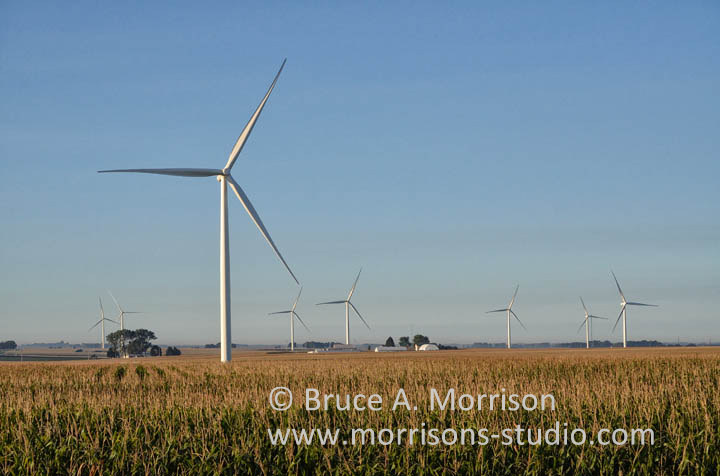 The Highland wind farm in O'Brien County, Iowa was placed in service on December 3, 2015. This is the fifth and final piece of MidAmerican Energy’s Wind VIII project – the company’s largest wind project to date, and one of the largest economic development projects in Iowa history.

Mike Gehringer, vice president, renewable energy, said the completion of the Highland Farm Project and an Adams County wind farm marks a significant milestone for MidAmerican Energy, which owns and operates more wind turbines than any utility in the nation. Construction of MidAmerican Energy’s wind projects has spurred economic development in the state, creating thousands of construction jobs and almost 200 permanent jobs in rural Iowa. Over the next 30 years, the company’s wind projects will generate more than $1.5 billion in lease payments to landowners and property tax payments to schools, cities and counties. MidAmerican Energy’s commitment to wind has helped Iowa attract energy-intensive businesses to locate and expand facilities here, enhancing the state’s economy.Information about MidAmerican Energy is available on the company’s website, Twitter, Facebook and YouTube pages, which can be accessed via MidAmerican Energy Company's website.