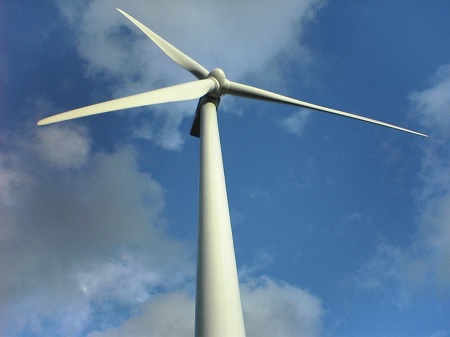 MidAmerican Energy Company has announced plans to develop one new wind farm site in Adams County and expand a second site in O’Brien County in 2015. MidAmerican Energy currently owns more wind-powered generation of all rate-regulated utilities in the US.The project, scheduled for completion by the end of 2015, would add up to 162 megawatts of new wind generation capacity in Iowa. In O'Brien County an additional 7 MW will be added to the Highland Wind Farm project which was originally planned to produce 495 MW. This will be MidAmerican Energy's largest wind farm project.

Read and listen to the full story on KIWA Radio.