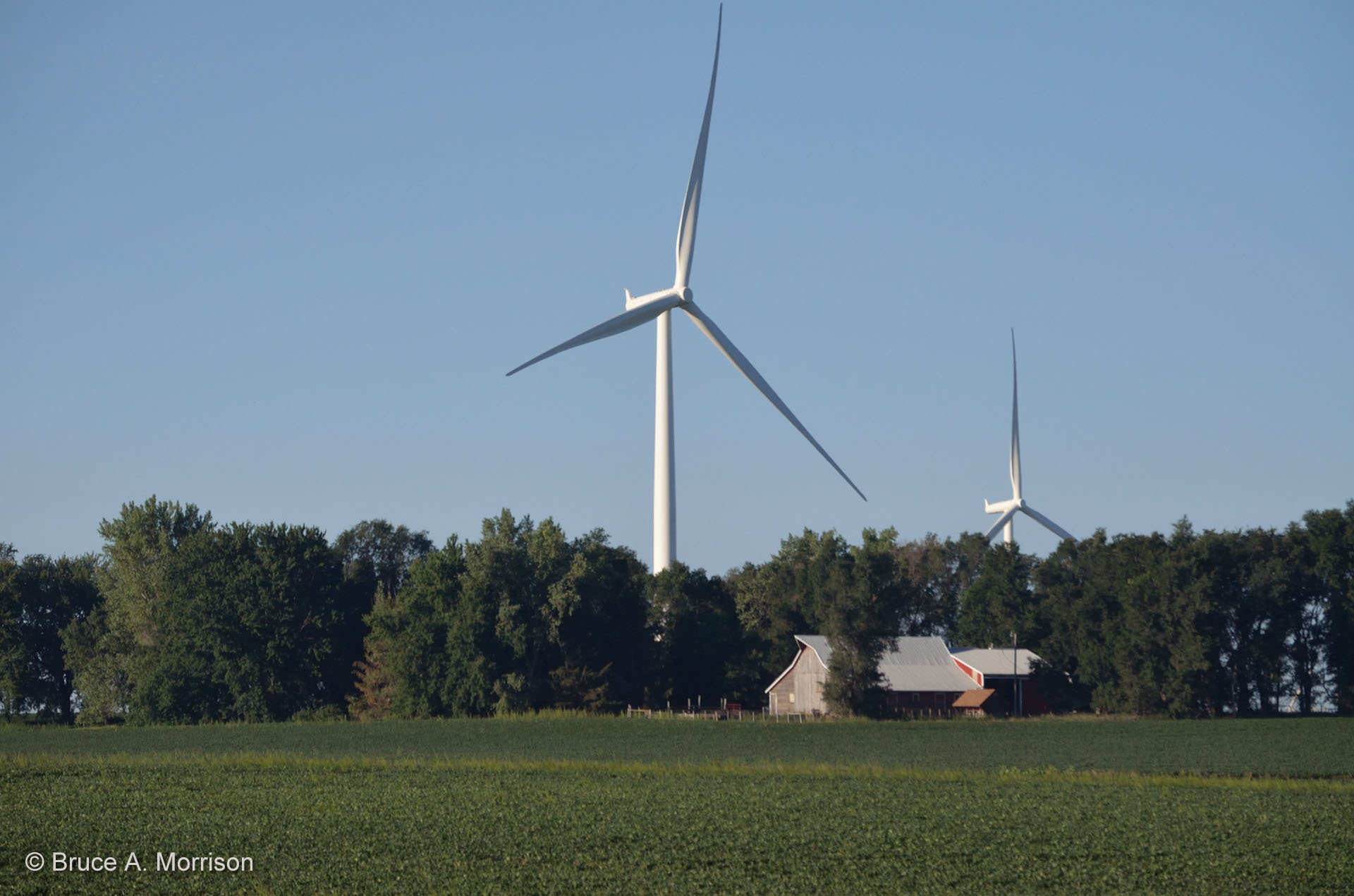 The four-county Northwest Iowa Region is one of the most wind-rich areas in the United States. Although wind speeds vary slightly throughout the region, most of Northwest Iowa falls into the Class 4 category that is suitable for wind power generation with large wind turbines.

More than 500 wind turbines are either currently in operation or proposed in the Northwest Iowa region. The broad impacts and long-term economic potential for the region from current and proposed wind energy projects in Northwest Iowa is far-reaching. For example, the wind generation project in Osceola County will generate enough electricity to power 45,000 homes. Momentum is growing behind plans to build high-voltage transmission lines that will move the Region's wind-generated electricity to major metropolitan areas to the east of Iowa. New transmission capacity will make these wind resources a more valuable commodity.

Iowa, a Leader in Wind Energy 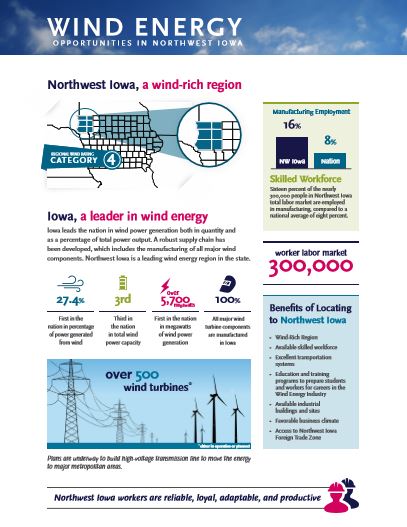 Benefits of a Northwest Iowa location