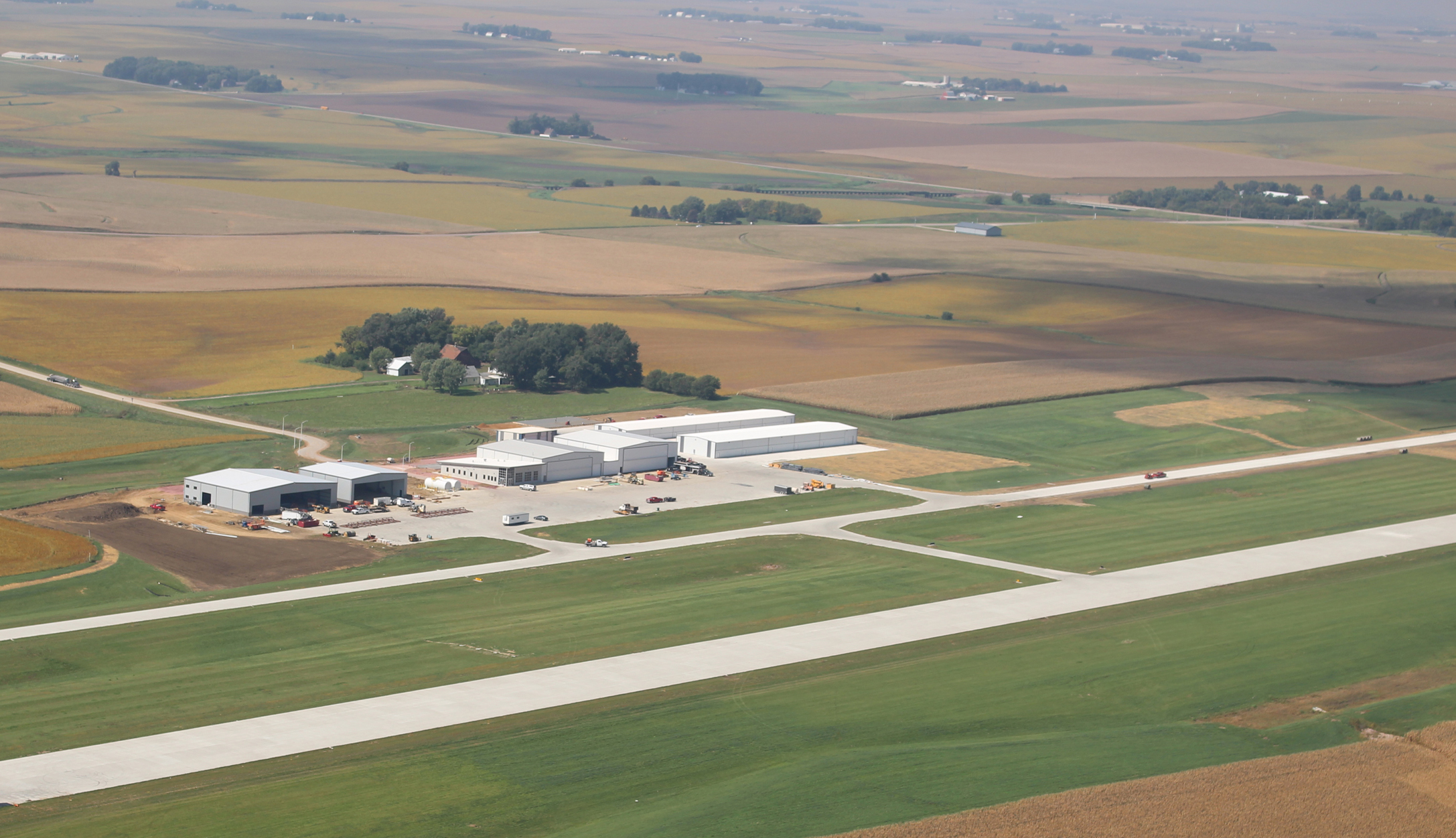 Located in the middle of the United States, Northwest Iowa is a highly connected economic region. We offer multi-modal connections to major markets in the Midwest and throughout the U.S. Our Region offers easy four-lane access to two east-west Interstates: (I-90 and I-80)and two north-south Interstates (I-29 and I-35). Our Region is within one day’s drive to Minneapolis, Chicago, Denver, Omaha, Kansas City, and St. Louis.

Northwest Iowa also is at the center of the country’s railroad network. The Region is served by the Union Pacific (UP) and Burlington Northern Santa Fe (BNSF). A regional carrier, B&I Railroad, which runs through Sioux County, connects to UP, BNSF, and Canadian National (CN).

Commercial air service is available nearby at the Sioux Falls, S.D. Regional Airport and the new Sioux County Regional Airport completed in 2019. Sioux Gateway Airport is in nearby Sioux City, Iowa. Smaller airports are also availble to support general aviation.

The Sioux County Regional Airport opened in 2019 and serves multiple jets each week, frequent charter flights and heavy agricultural usage. Business jets that previously had to fly into Sioux Falls or other airports now are able to land on the regional airport’s 5,500-foot runway and can use it in all weather, using instrument landing approaches. The airport’s maintenance and inspection services and pilot/flight training are in high demand. In addition, multiple businesses are based on the airfield.

The Big Soo Terminal, which is located on the edge of Sioux City, is the furthest northern barge terminal on the Missouri River and it offers worldwide shipping.

"We at DK Plastics find being situated near the Highway 60 Expressway to be of great logistical advantage. It is now much easier for trucking companies to come into our facility, and we gain a regionally competitive advantage in delivery times because of the expressway.

The business attitude of the surrounding communities has really become aggressive in their desire to attract and retain new business. The local regulatory environment is non-hostile and the tax structure is such that new businesses can take advantage of tiered abatements, while established businesses receive the advantage of low property tax rates."